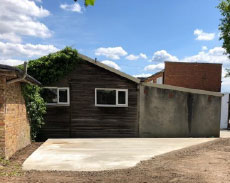 Surplus to Supper helps to bridge the gap between food waste and food poverty. Founded in 2017 in Sunbury-on-Thames, the charity has been active in sourcing and distributing surplus food to those in need and fundraising for local food banks and other charities.

Food that would otherwise have gone to waste is redistributed for FREE to local Foodbanks, Charities and Community Groups, including Homeless Shelters, Children’s Breakfast Clubs and Domestic Violence Refuges, Scout and Brownie Groups. This is on a substantial scale with the charity currently collecting and donating on average five tonnes of food per week.

Part of the charity also runs a Surplus café and Surplus shop at Sunbury Cricket Club. The Surplus café is run by volunteers. The aim is to provide one free meal for charity from each meal sold (buy one feed one free). The menu is varied with a range of staple and special items on the menu using regular team, as well as guest chefs committed to the charity’s ethos. At the weekend shop/stall everyone is invited to make donations to the charity for good quality surplus produce to the needs of the charities so would otherwise go to waste.

JP Dunn Construction Ltd has previously been able to transport food from the storage facility in Sunbury to food banks based in Elephant and Castle for distribution to those in need. Last week the JPD team cleared the land and built a concrete base for the newly located Surplus shop.

Also built was a base for a new refrigerated storage facility for the food. 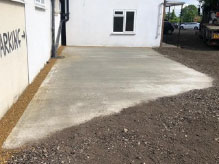 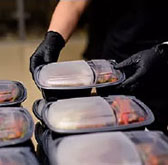 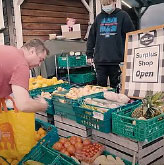 Categories: Miscellaneous
Previous Next
Back