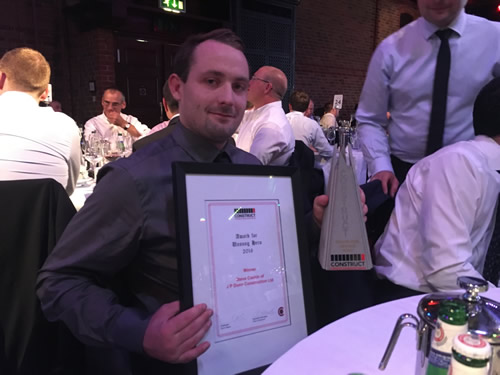 Steve Cashin received the Unsung Hero Award at the CONSTRUCT Day on 7th October 2016.
Steve started as a ground worker with J P Dunn Construction in 2011 and it was clear that given the right investment in training and mentoring he would be an asset. What he has accomplished in the time he has been with us is a testament to his hard work, integrity, strength of character and intelligence and last year he achieved his Level 6 NVQ in Construction Contracting Operations Management. Well done Steve on a much deserved accolade!

Categories: Awards
Previous Next
Back